The Samsung Galaxy Z Fold 4 and Galaxy Z Flip 4 are foldable smartphones that you can’t fully appreciate until you actually get them in your hands.

It’s one thing to imagine what it’s like using a folding smartphone but something else altogether when you use one.

The Galaxy Z Fold 4 and the Galaxy Z Flip 4 – the latest generation of Samsung’s foldables – are remarkable devices that take the smartphone experience in a whole new direction.

The new Fold 4 is slightly thinner with a slimmer hinge and lighter as well yet it still manages to offer a larger 6.2-inch front screen and the same 7.6-inch inside display.

You can feel the build quality as soon as you get it in your hands.

The front screen is noticeably larger and it is a welcome addition because you can do more with it. 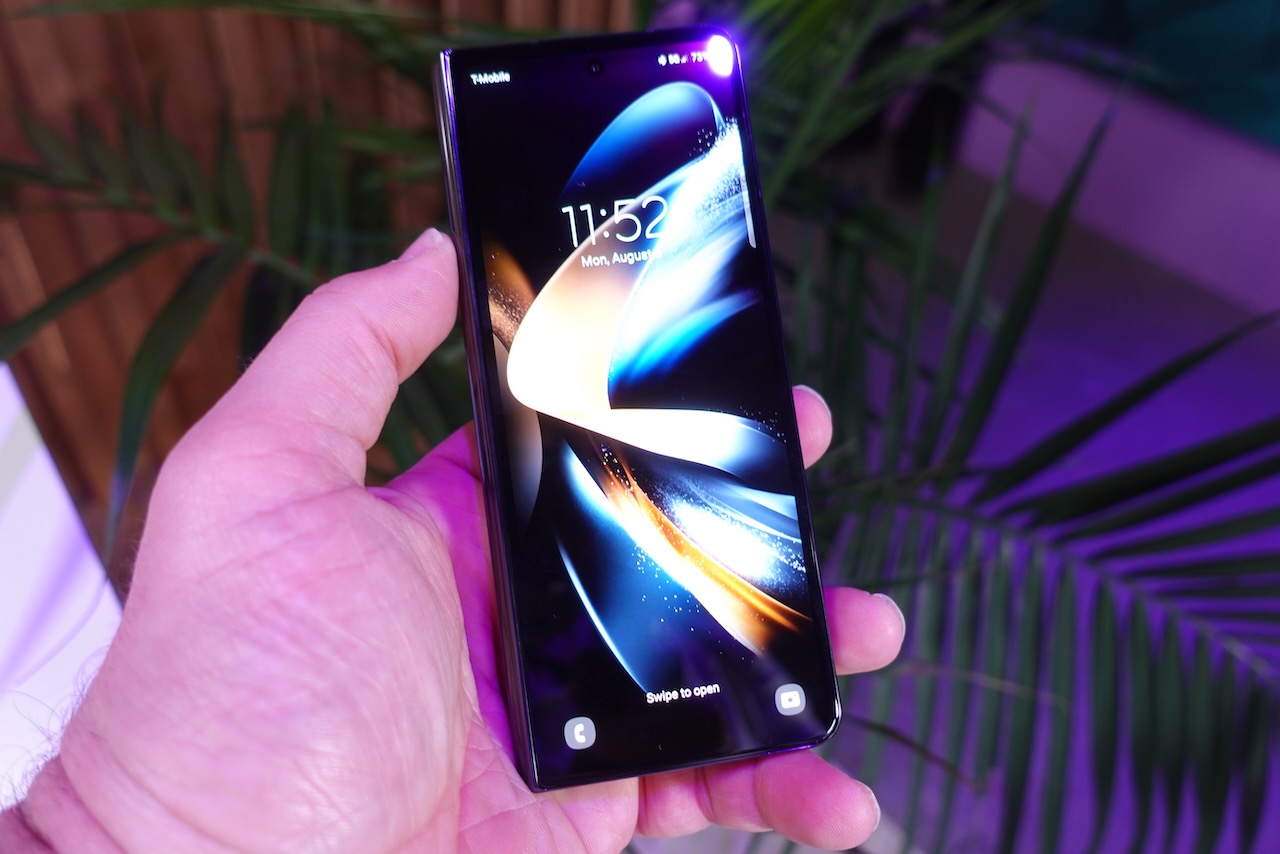 The extra room means you can now type a little more comfortably on the screen and use apps easier.

And you’ll need to open the phone less – which might sound strange but having the Fold 4 means the larger screen is a luxury rather than something you use to complete a simple task.

But when you do open the Galaxy Z Fold 4 the hinge opens smoothly and snaps perfectly flat when opened all the way.

The crease in the middle is still visible but you’ll forget about when you’re looking at yours apps, websites and content. 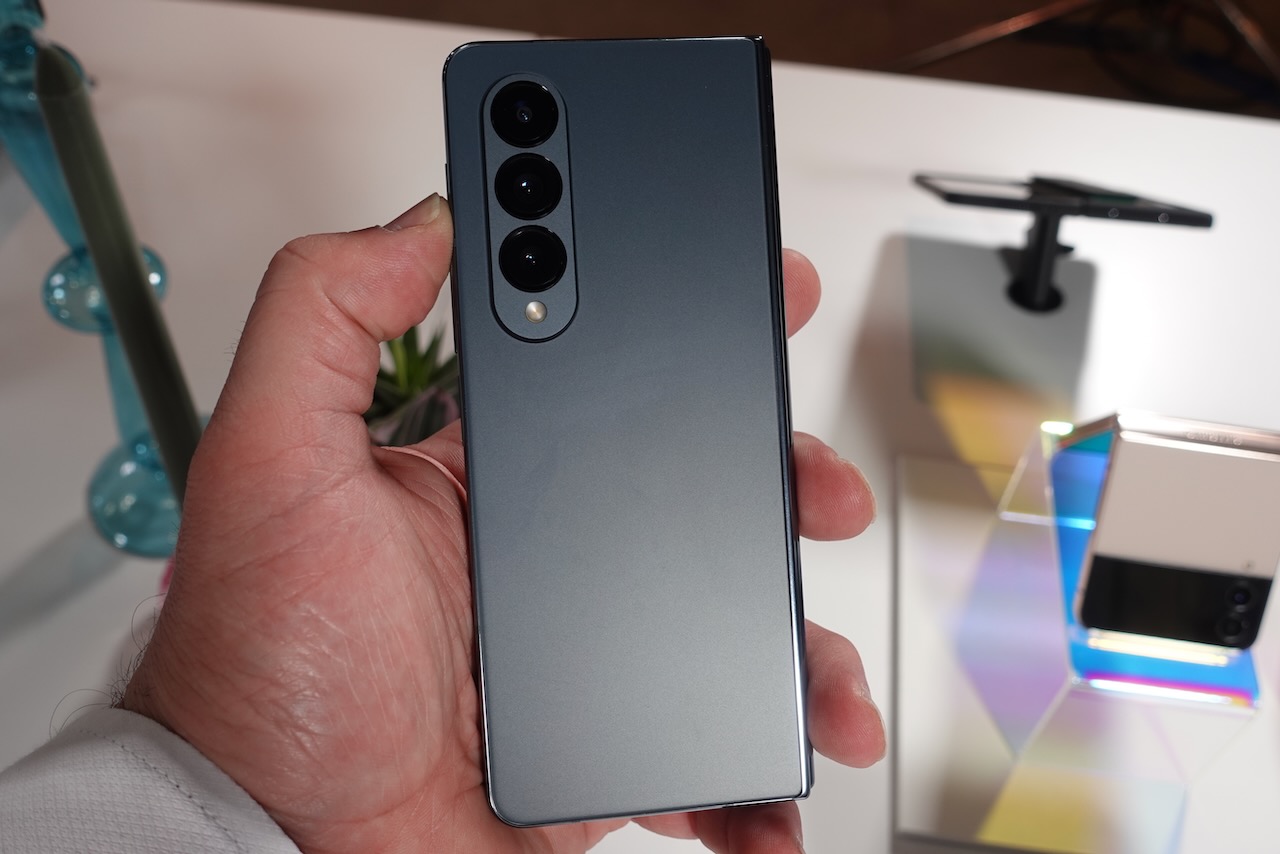 The sort of customer who will buy the Galaxy Z Fold 4 is usually a high-end user who stays productive on the move.

The advantage of having that larger inside screen is being able to run up to three apps at the same time.

That’s been made easier with the addition of the new taskbar which places the list of apps at the bottom of the screen for you to drag up to launch.

We were able to run Twitter, next to Gmail and our calendar. 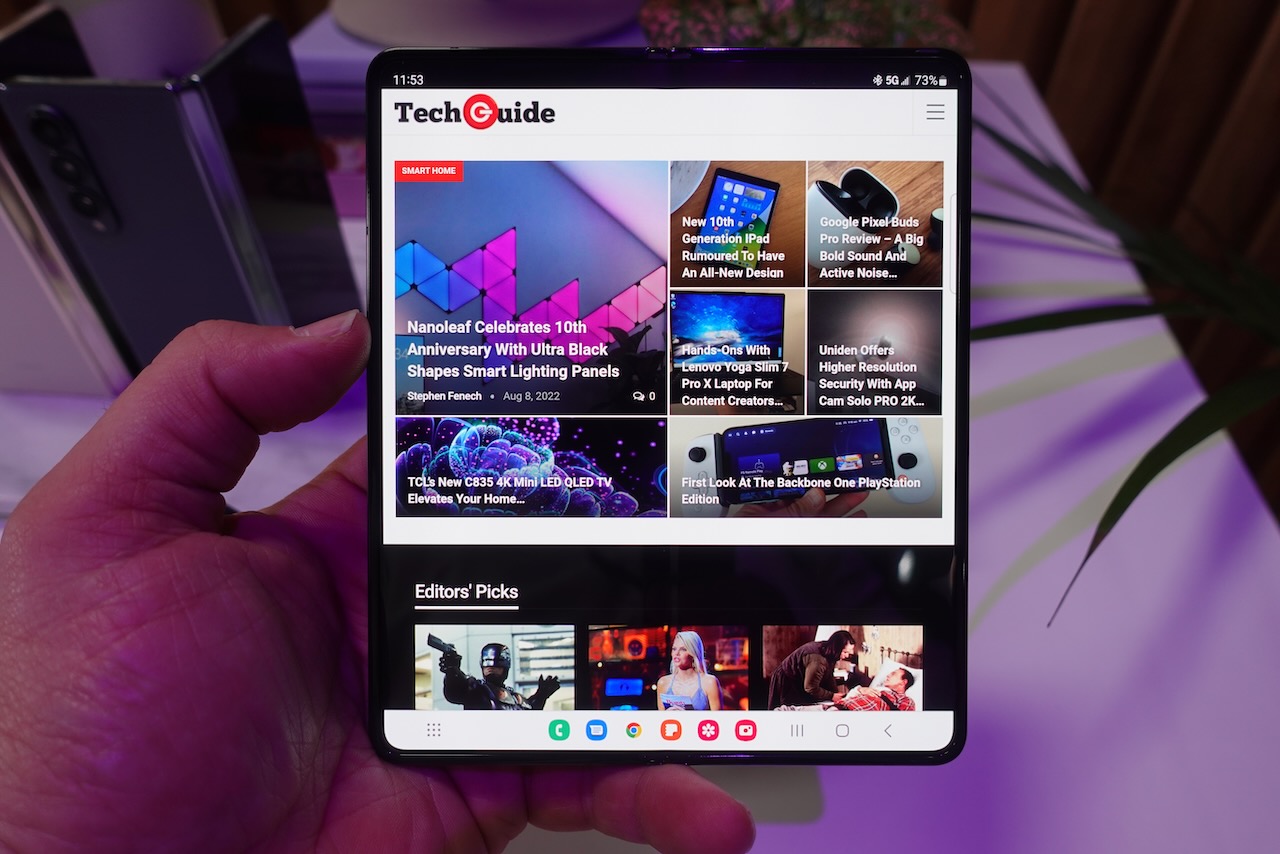 And there’s no limit to the combinations. You can also remember those app groupings and open them up all at once when you need them again.

You can also use this larger canvas with the S Pen which is as responsive as ever – it’s like writing on real paper with a real pen.

But you have to buy the S Pen separately and, if you do, there is nowhere to store the S Pen inside the device like you can with the Galaxy S22 Ultra. 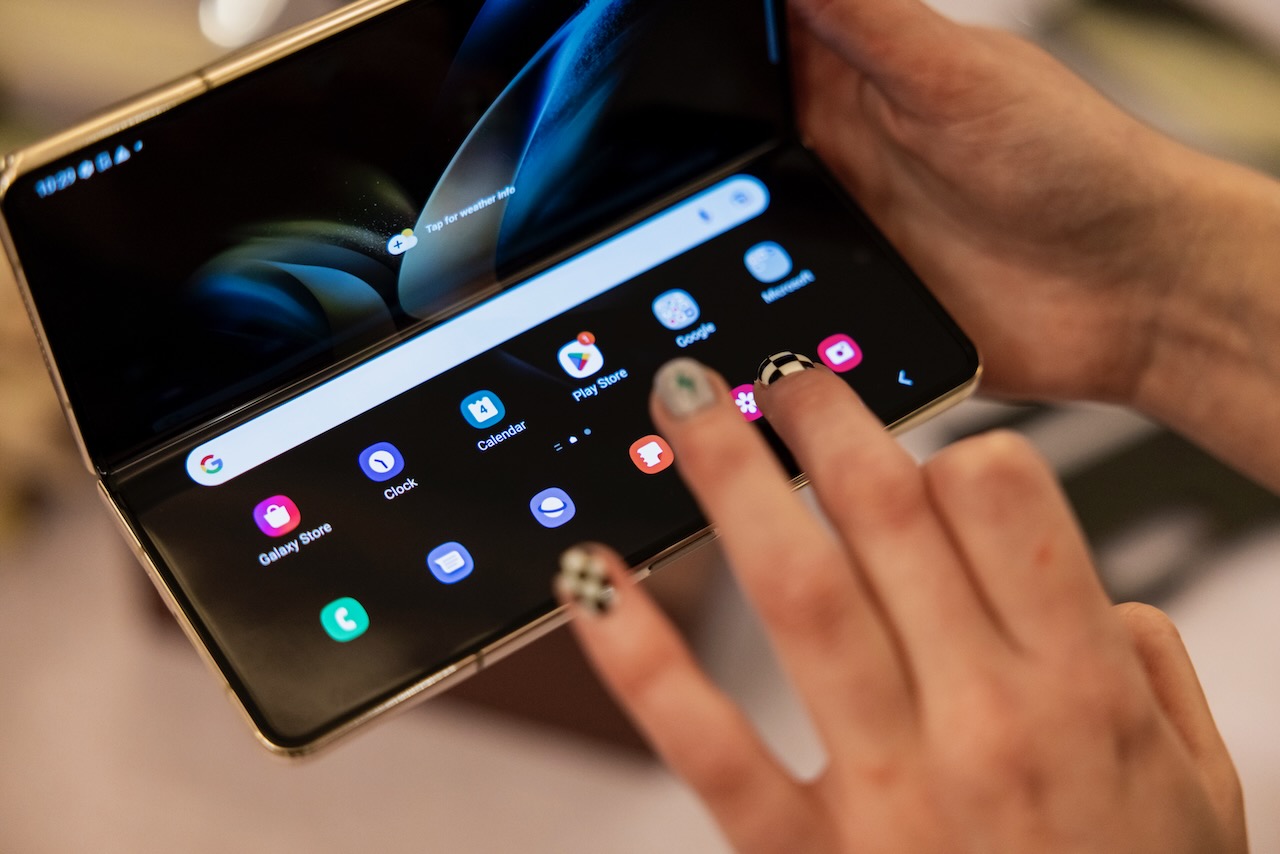 You either need to keep it in your pocket or buy a case for the Z Fold 4 which has a storage pouch for the S Pen.

The S Pen also has a text extraction tool which makes identifying text even easier to copy and share and use in other documents.

You simply draw a box around the text you want and then decide what you want to do with it.

Flex Mode has also been expanded with the Z fold 4 which not only lets you position the device comfortably to watch content like YouTube videos on the inside screen or on the front screen. 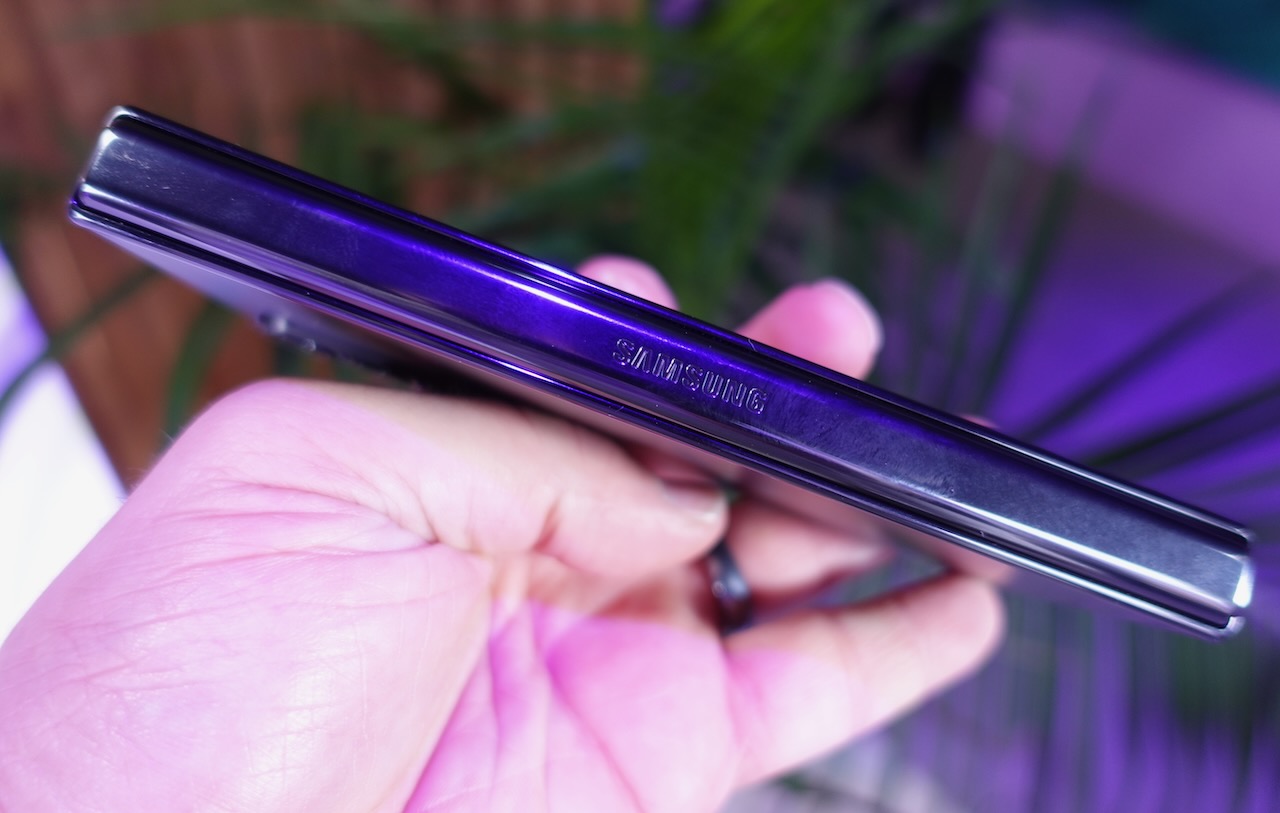 The cameras have also been stepped up for Z Fold 4.

There are three lenses on the rear panel – a 12 megapixel ultra-wide, 10-megapixel telephoto with up t0 30x Space Zoom and 3x optical zoom and a 50-megapixel wide camera.

When shooting with the main screen open you can either use the whole screen as your viewfinder or switch to view mode so you can see the images you’re shooting on the left side of the screen while still having a viewfinder on the right.

This new Samsung foldable device will be popular with younger and trendy users not only because of its stylish form factor but also for its capabilities.

Design-wise, the Z Flip 4 has slimmer bezels to bring the screen size to 6.7-inch, so it looks like a regular smartphone. 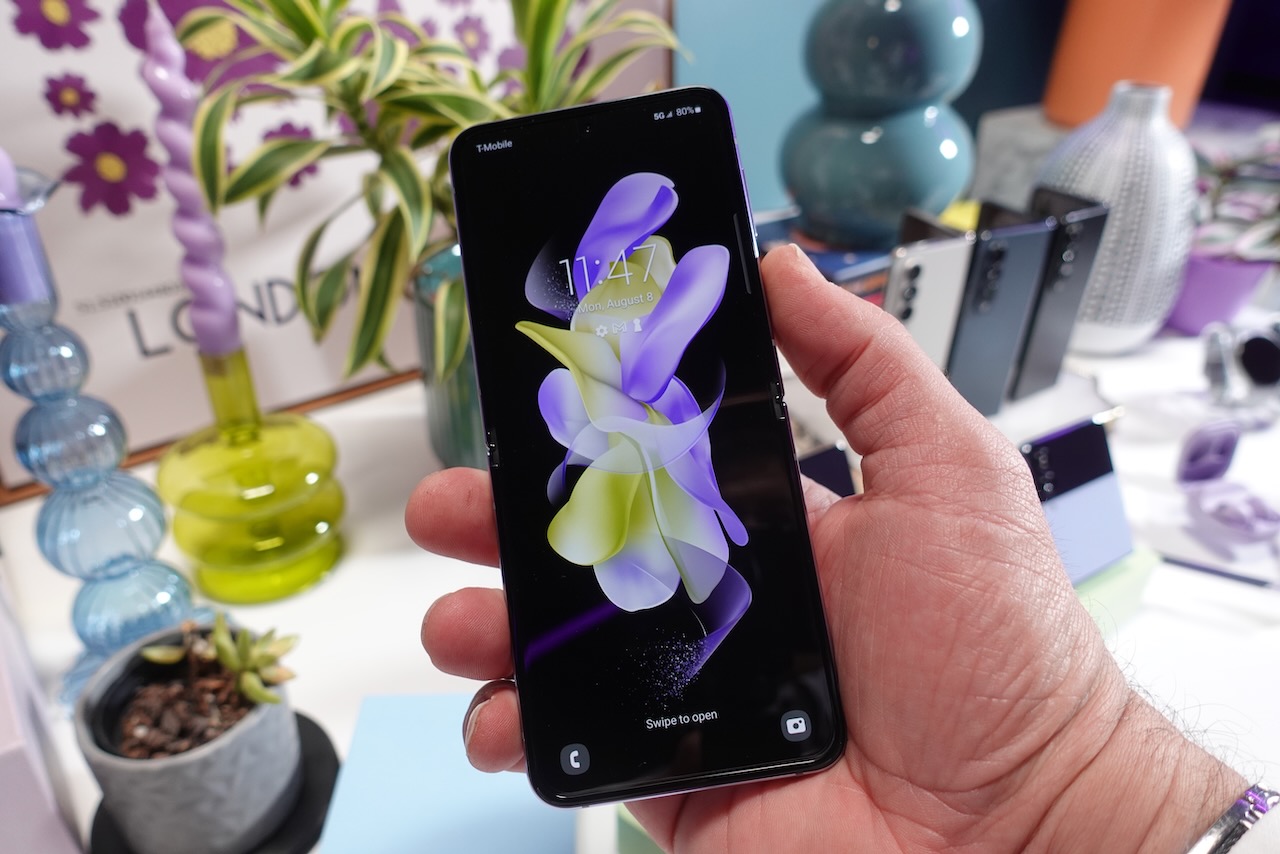 But there’s nothing regular about it because you can fold it in half and reduce it to a more compact size that easily fits in your pocket or your bag.

When it’s time to fold the phone, the mechanism is smooth and it shuts with a satisfying snap.

One of the most attractive features for customers contemplating the Z Flip 4 will be Flex Cam that really opens up a lot of options for your photos and videos.

Z Flip 4 makes it easy for you to shoot videos and to make video calls by resting the unfolded device on a surface to keep your hands free. 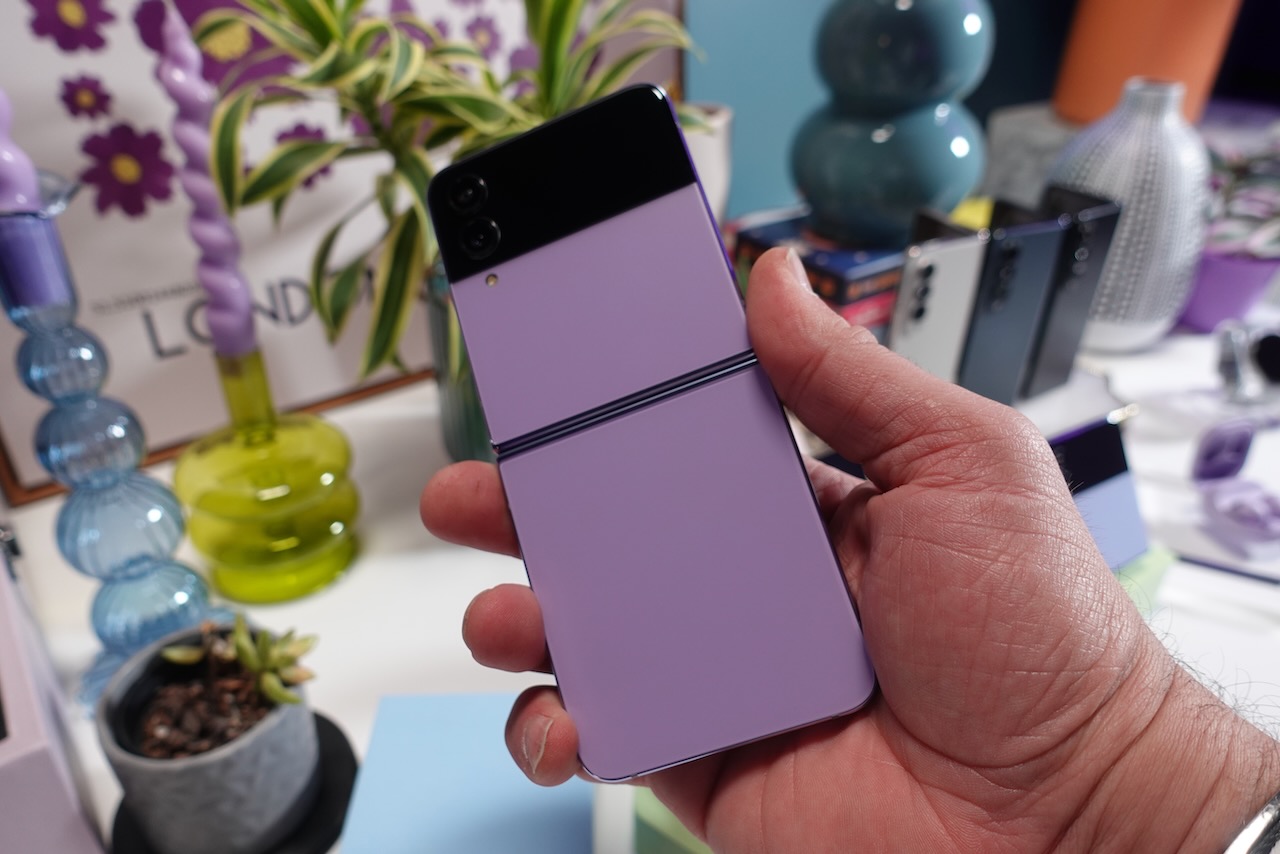 Flex Mode can also be used by several apps so what you’re viewing or shooting is in the top half of the screen while the bottom half allows you to control playback or utilise it as a trackpad for finer control of what you’re doing.

What we really like about Z flip 4 this time is the front screen and the fact that it has even more functionality.

Now you can easily access and reply to messages, swipe through settings, access your Samsung or Google Wallet and even make and receive calls without opening the device. 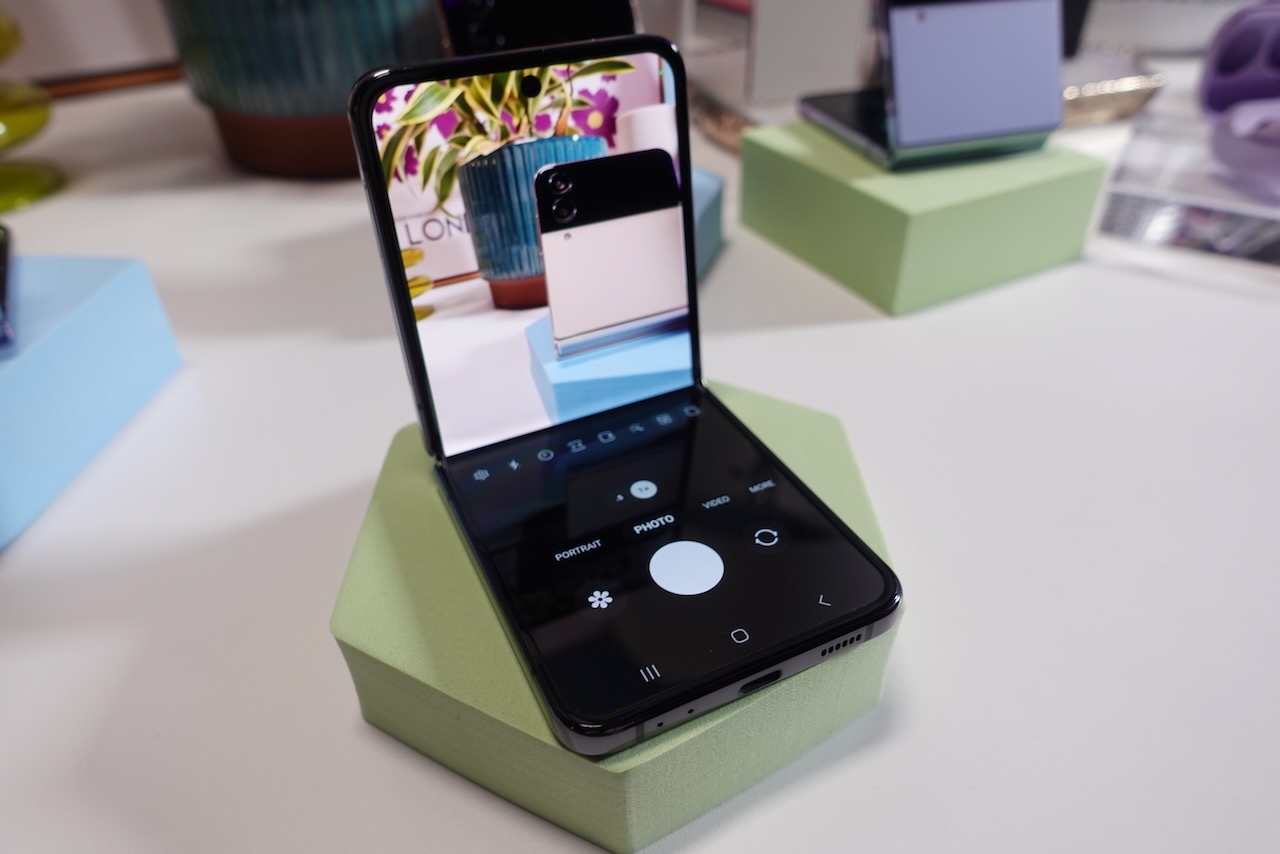 Another feature you could launch from the front screen is Quick Shot.

This lets you start taking photos, including selfies, portrait shots and videos through the main cameras and using the smaller front screen as your viewfinder.

Another big improvement is battery life.

* Stephen Fenech travelled to New York as a guest of Samsung