Ambrose So Shu Fai, Vice Chairman and CEO for Macau gaming operator SJM Holdings, has confirmed that the company is negotiating a new revenue-sharing arrangement with its satellite casinos due to the soaring operating costs.

While the CEO did not divulge details about the new arrangement, he did acknowledge that the operator is asking for a bigger share, arguing that gaming operators are subject to higher operating pressure than satellite casinos, according to Ming Pao News.

“[Gaming operators] cannot sack people [local staff] and have to afford the running expenses as usual, averaging more than [HK]$10 million a day, while the business volume has declined,” he said, according to the above-mentioned source. The executive added that the business environment has been affected by the COVID-19 pandemic and Beijing’s heightened supervision over cross-border and illegal gambling activities, notes Macau Business.

Last month, local media reported that SJM had been in talks with its satellite casinos for a bigger share of revenue in the operation of the latter. Media speculation pointed to the operator allegedly planning to increase the gaming revenue share of satellite operators by 5%, from the current 45% to 50%.

In this regard, some sources from satellite casino operators told Macao Daily News that if the gaming concessionaires were to raise their gaming revenue share, the chances of these satellite venues surviving under the pandemic and economic slowdown would drop, potentially ending with them ceasing operation.

During an interview with Ming Pao News, Ambrose So stressed it is important for gaming operators and satellite casino firms to have a “mutual understanding.”

The city’s new gaming law, which came into effect in June, bans the share of revenue between gaming operators and satellite casino firms, and gaming operators can only pay “a management fee” to the latter. But a three-year grace period has been given for both parties to meet the new requirement.

The SJM CEO has now also addressed the challenges of gaming operators in getting new loans from banks to bid for a new concession, reports Macau Business. The government has launched a public tender for up to six 10-year gaming concessions that will begin in 2023.

The territory’s six licensed operators -including Sands China, Wynn Macau, Galaxy Entertainment, MGM China, SJM Holdings, and Melco Resorts- will rebid for their spots as their contracts are set to expire at the end of the year. The bidding process kicked off in July, and operators can submit their proposals until September 14.

As the local gaming operators have mostly reported losses since the start of the pandemic more than two years ago, one of the feasible options for them to improve their liquidity is to ask for banks to revise the terms and conditions of their existing financing arrangements, Ambrose So said, adding that SJM is committed to “maintaining a gaming concession here in the new bidding process, as it has invested a lot in the city.” 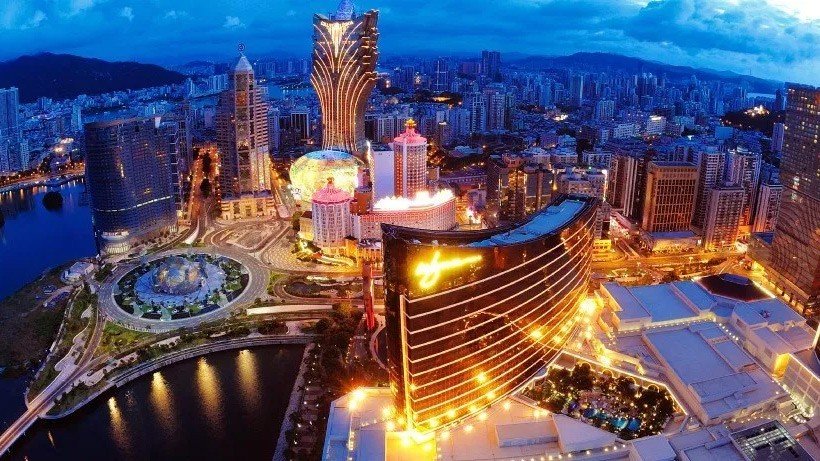 The gaming hub has been greatly affected by the latest Covid outbreak, which sparked in June. Macau’s gaming industry saw GGR drop by 50.7% year-on-year to MOP 2.19 billion ($271 million) in August, according to the latest data shared by the Gaming Inspection and Coordination Bureau (DICJ). However, last month’s figure is up by more than five times on a monthly basis from July, when gaming revenue hit an all-time low collecting only $49 million.

The latest official data indicated that Macau’s gross gaming revenue in Macau totaled nearly MOP28.86 billion ($3.6 billion) in the first eight months of 2022, down by 53.4% year-over-year. The latest tally only translated to just 14.5% of the pre-pandemic volume.