The Lightyear 0, on show at this year’s Consumer Electronics Show, is the world’s first solar powered electric car – and it had its origins in Australia.

Four of the founding members of the company were part of the University of Eindhoven team that entered and won the World Solar Challenge in 2013.

The aim of the World Solar Challenge, which started in Australia in 1987, is to create an aerodynamic solar powered car and see how far and how fast it can go.

The Eindhoven University members took those learnings and decided to apply it a road car – the Lightyear 0 is the result of that work.

It’s already available in Europe in limited quantities and at a price of $US250,000.

But in six months – Lightyear 2 will be revealed.

And it will be aggressively priced at $40,000 to put it within reach of more customers when it is released in 2025.

They actually had the car on the booth, but it was hidden behind a wall of narrow slats which, if you walked quickly along the wall, you could get a sense of the shape.

The Lightyear 0’s bonnet, roof and trunk are all solar panels and can recharge the onboard battery on a sunny day to increase the range by up to 70km.

Now considering the average person drives about 35km a day this is more than enough charge so drivers don’t have to charge the battery in weeks.

There is a 60kW battery onboard which, when fully charged, can offer about 600km range.

I drive a Tesla Model S with a 75kW battery and get about 490km range with a 100 per cent charged battery.

The Lightyear 0 has a longer range with a smaller battery because it’s built for efficiency rather than performance.

For a start, it’s a lot lighter thanks to having the motors on each wheel with independent control rather than having a central drive shaft which would weigh it down. 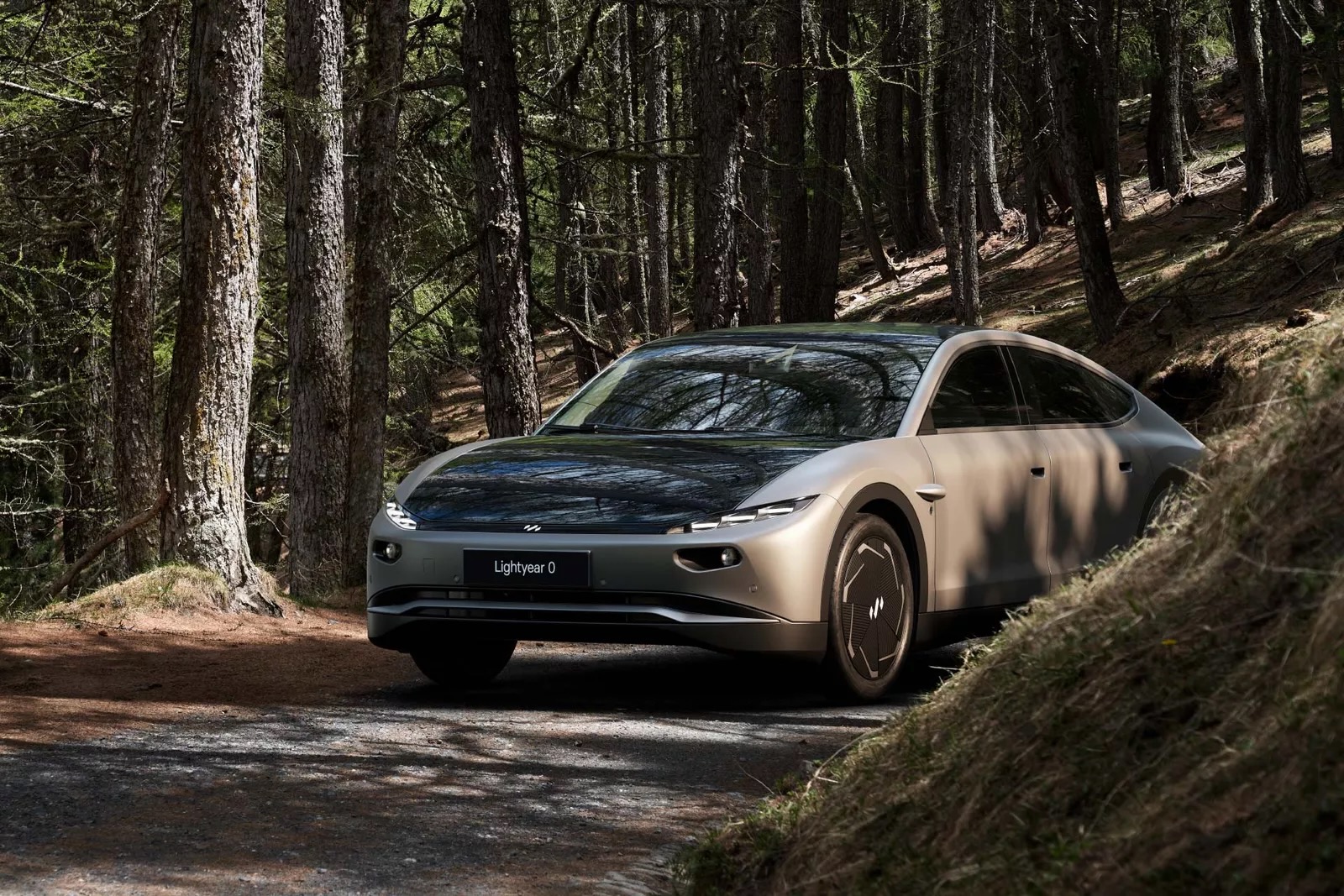 As a driver of a Tesla I always wondered why they couldn’t have a solar roof instead of a glass roof.

So if you owned a Lightyear – parking your car in the sun is exactly what you’ll prefer.