Hisense is doubling down on its laser TVs in 2023 to meet customer demand and is expanding the range with three new offerings in the Laser TV and Laser Cinema categories.

The company has unveiled the latest version of its popular 100-inch and 120-inch L9H Trichroma Laser TV as well as adding the PL1H Laser Cinema and PX1H TriChroma Laser Cinema.

Hisense is the leader in this category and has driven innovation in this space resulting in stunning picture quality, extraordinary brightness and award-winning Dolby Atmos technology.

The expansion of the Hisense Laser range is in direct response to increasing demand from customers in 2022.

These new models will suit customers who want to experience a big screen setup at home and upgrade their existing home cinema technology.

“Over the last year, the local appetite for our premium Laser technology has increased significantly, particularly as buyers look more to this fast-growing category for home entertainment solutions,” says Gideon Lui, Head of Marketing, Hisense ANZ.

“Australians are continuing to invest in upgrading their home, and our Laser range provides the ultimate end-to-end cinematic viewing experience – all from the comfort of their lounge room or dedicated cinema space.

“What’s exciting about this new range is the level of choice we can now offer.

“As an innovative market leader for attainable tech, we’ve paid close attention to the needs of our customers and expanded our range to include Laser TV and Laser Cinema categories, with different environments and needs front of mind.”

Customers looking for an out-of-the-box cinema solution, the Hisense 2023 L9H Trichroma Laser TV could be just the answer with 100 and 120-inch options.

The Hisense Laser TV products have 4K picture quality and include Dolby Vision for a true cinematic experience.

What does the heavy lifting is the Trichroma X-Fusion Laser Light technology that takes cinematic performance to another level and projects high resolution imagery with lifelike realism.

They are also paired with Hisense’s latest Ambient Light Rejection (ALR) screen which means 85 per set of unwanted light is turned away to maintain the brightness and picture quality even in the middle of the day.

The ALR screen comes free with the purchase of the Hisense Laser TV and is calibrated to work precisely with the Laser TV in your home.

The Hisense Laser TV has 3000 lumens of brightness which is more than enough to showcase stunning highlights, bold colours and surprisingly deep blacks.

What adds to the life-like picture quality is the powerful processing and fast response times along with the Motion Estimation/Motion Compensation technology. 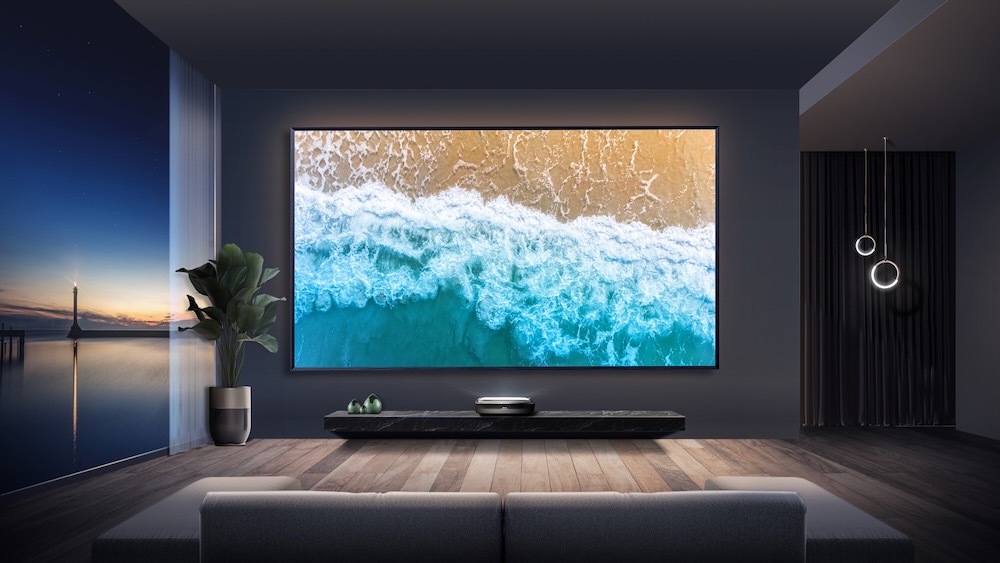 The unit also has built in speakers to support Dolby Atmos audio so you can hear the whole range of sound from clear speech and crisp highs to the low frequency booming sounds that come together for the ultimate home cinematic experience.

Both the Laser TV and Laser Cinema also come with Hisense’s proprietary VIDAA U6 operating system which includes all the popular streaming services curated on the home page.

Hisense will release two Laser Cinema options in 2023 including the single laser PL1H and the all-new TriChroma Laser Cinema PX1H.

The PL1H short throw Laser Cinema console has a variable screen size between 80 and 120-inches while the PX1H extends those capabilities to provide up to a 130-inch image using a suitable wall or existing screen in your home.

“As we look towards the future, Hisense will continue to innovate its Laser offering: from size and resolution to advancements in cinema technology,” added Lui.

“It’s all part of our continued investment in the R&D of Laser technology, with innovation, adaptability and attainability front of mind.”